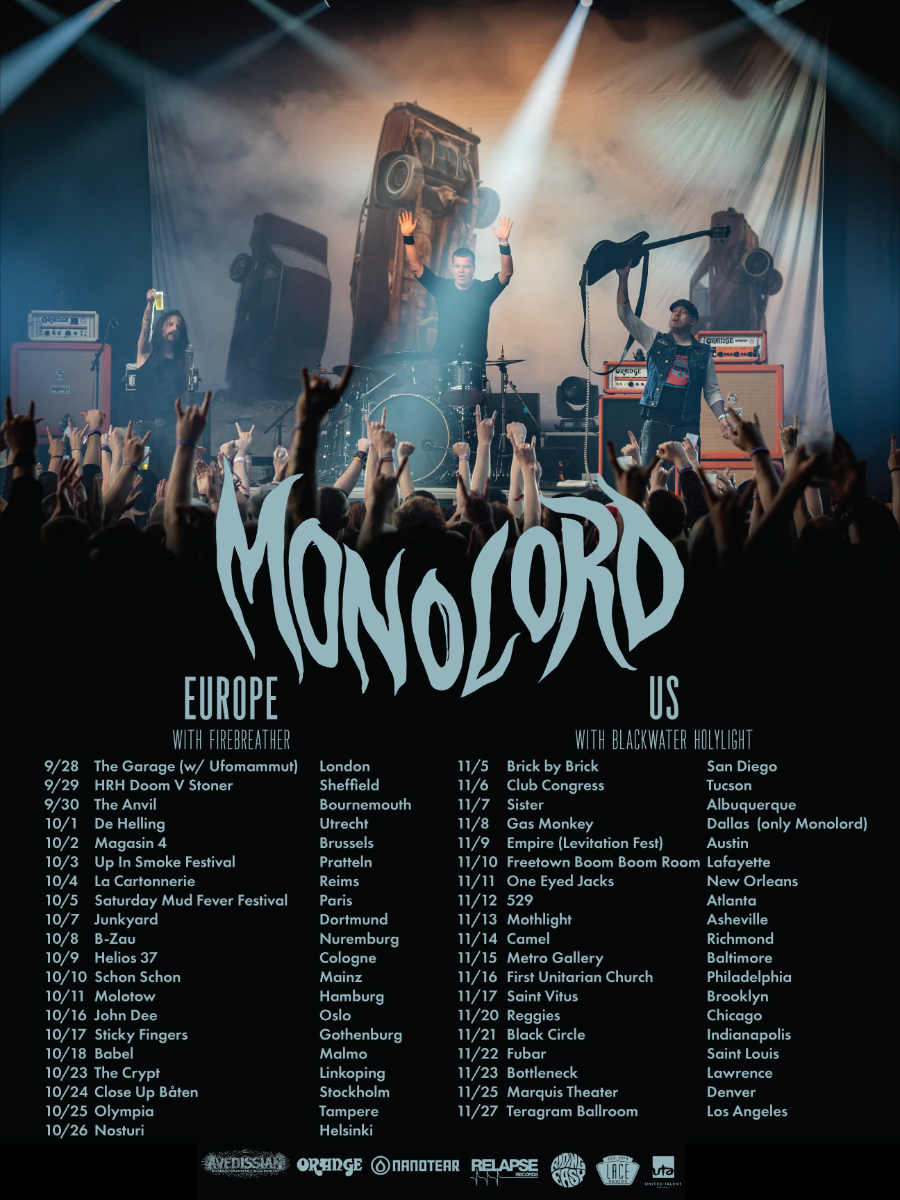 $18.00
In 2013, Monolord first emerged from Gothenburg, Sweden behind an impenetrable wall of distortion and spell-binding vocals. The outside world took notice in a big way as the trio of Thomas V Jäger [vocals, guitars], Esben Willems [drums], and Mika Häkki [bass] garnered a flurry critical acclaim for their RidingEasy Records debut, Empress Rising, a year later. Decibel Magazine decreed them, “your new favorite band,” New Noise Magazine called the album, “fantastic,” and This Is Not A Scene announced, “the power they capture speaks for itself,” as they became mainstays on the top of Bandcamp’s Doom chart. “From day one, it’s always been our aim to build a massive wall of rumbling sound,” declares Thomas. “That’s our common goal. We’re the exact opposite of a band consisting of members with identical record collections. We come from three fairly different places, but we’re all drawn to dark, heavy, and gritty music. What we do in Monolord is the result of that creative conflict between us – that’s conflict in the word’s positive sense.” Within that push-and-pull of aesthetic, the three-piece found the framework for their sophomore set Vænir. Shortly after the release of Empress Rising, the group returned to their tiny rehearsal space to cut and personally produce the album’s six tracks with Esben mixing and mastering. Opener Cursing the One trudges from a calculated, staggered groove into a guttural drowning choir of hauntingly hypnotic vocals. We Will Burn tempers the slow burn with incendiary melody, while the ten-minute-plus Died A Million Times swings the pendulumbetween that growl of distortion and a clean guitar. The penultimate reprieve on The Cosmic Silence gives way to an expansive finale dirge with the title track. Since the release of Vænir, Monolord has been busy. Touring the US twice (once supporting Windhand with Danava and once headlining) twice in Europe (headlining), Australia/New Zeeland (co-headlining with Ufomammut), not to mention festivals acrossEurope; Hellfest, Freak Valley, Desertfest Belgien/London/Berlin, Blowup/Finland to mention a few