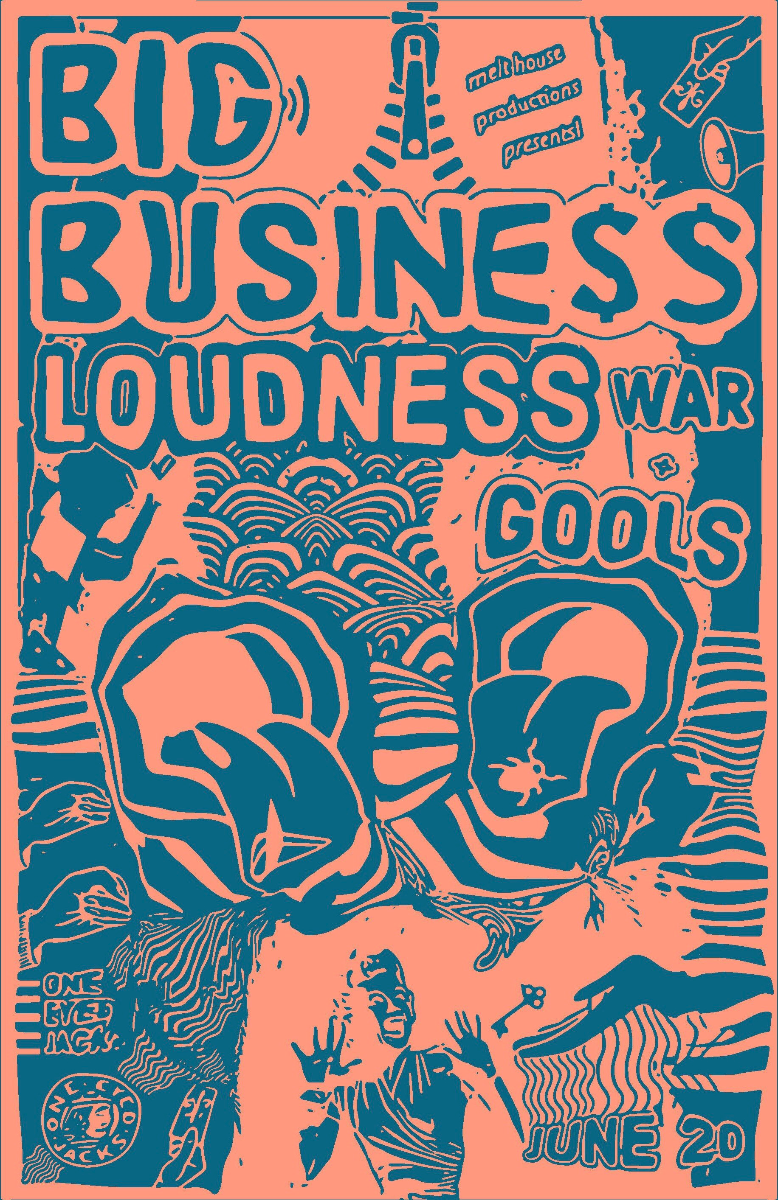 $15.00
Big Business is a band. They play heavy rock. On that, we can all agree. Things get tricky when you try to classify exactly where on the musical spectrum the dynamic duo’s racket falls. “I guess psychedelic heavy metal punk rock? I don’t know. People always say ‘sludge rock,’ which I always found to be lazy and kind of inaccurate; says drummer Coady Willis. A lot of our songs are fast, and it’s not like we’re playing a
half-assed Black Sabbath riff over and over again. That’s been the struggle of the band. We’re a band that doesn’t really fit into what everyone else is doing.
Willis comes from punk rockers The Murder City Devils. His co-conspirator, bassist/vocalist Jared Warren, spent time in noise rock weirdos Karp. Together, they formed Big Business in 2004. The LA-based outfit’s first three albums didn’t quite mesh with Hydra Head’s post-metal aesthetic, but their idiosyncrasies caught the attention of another iconoclastic outfit: The Melvins. They recorded three albums, an EP, and
various songs between 2006 and 2016 with that iconic grunge/doom/experimental act, all while maintaining their own identity as Big Business. Along the way, they picked up guitarists Toshi Kasai and Scott Martin, but on 2016’s Command Your Weather, they returned to their core duo format. They remain in that lineup on their sixth full-length, The Beast You Are.