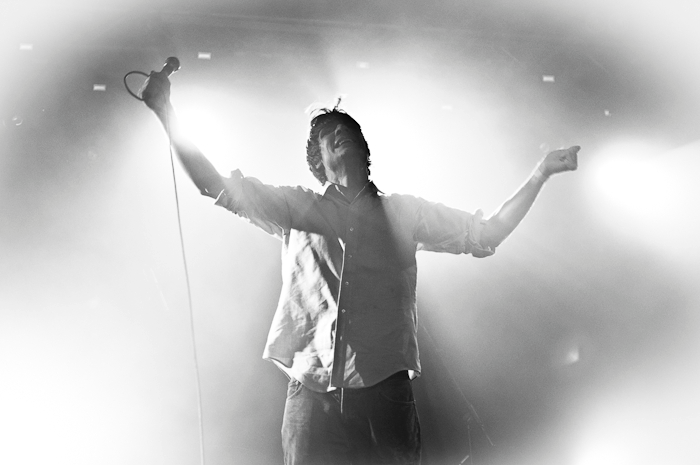 John Maus is a truly enigmatic musician. Broadly cut from the synth pop cloth, he’s fashioned the frosty minimalism of its fabric into a cloak of infinite meaning, genuine grace and absurdist humor over the course of three defining albums since 2006. His music is a highly mutable affair, whilst often described as retro-futurist on behalf of the 80’s drum machines and synth sounds employed, John’s music is more personal than the nostalgic re-tread implied. There’s a cinematic quality to his songs, with pathos conjured through propelling bass-lines, trailing arpeggios and of course his deeply resonant vocal. Moroder helped map out the territory but Maus is more interested in seeking cadence through his love of Renaissance polyphony and the experimentation behind post punk. It’s an amalgamation of musical ideas as radical as its intent.